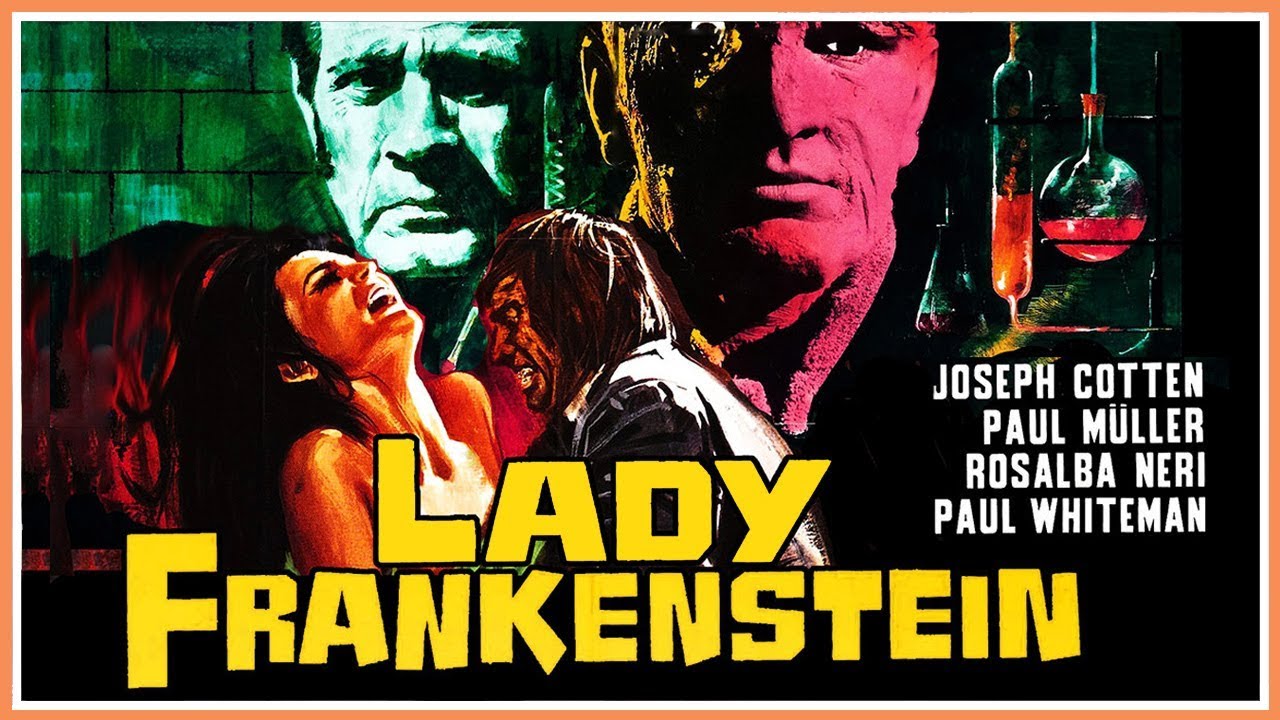 One of the most popular stories to tell in horror movies is that of Frankenstein. Man makes monster. Monster goes on rampage. Both meet their end. Repeat. That’s why it is fun to see a story that breaks away from the traditional mold and goes off in its own direction. LADY FRANKENSTEIN does just this by introducing a daughter to the good doctor who has a similar interest in reviving the dead but a greater motive for it–love. That said, it does follow the basic elements of the story but adds enough new twists to keep you satisfied.

In the start of the film, Baron Frankenstein (Joseph Cotten channeling Vincent Price) and his good friend Dr. Marshall are working on getting the parts they need for reanimation purposes. Of course they do this the only way they know how–by hiring grave robbers. This is complicated by the arrival of his daughter, Tania (Rosalba Neri), who is back from school and now a doctor in her own right. Fortunately, Dr. Frankenstein finds he doesn’t have to lie to Tania about his work as she has already surmised what he does and is willing to help him. So he allows her to do so in part, but not entirely as he doesn’t want her to be liable for any of his actions should his creature you know, go nuts and start murdering people. But we all know the chances of that happening are slim, right?

Well we were wrong.

The body that the doctor has cobbled together successfully reanimates–and it is pissed off. It promptly kills the doctor and then wanders off to wreak havoc across the countryside. That’s ok though, as Tania has a plan. She’ll make a new monster to fight the old monster, and she’ll use the hunky, dimwitted manservant to do so. She just needs to kill him first. And avoid Captain Harris, the local policeman who is looking into the graverobbing shenanigans and feels the Frankensteins are somehow responsible. All the ingredients are there for a rousing finale that there might not be too many survivors walking away from.

Director Mel Welles and writer Edward di Lorenzo have put together a fun adaptation of the Frankenstein tale and it succeeds in no small part due to the actors involved. Neri owns every scene that she is in and transitions from a seemingly innocent woman into an evil doctor with great gusto. In addition to her acting talents, she has an ethereal beauty that makes it easy to see why so many characters are captivated by her. Mickey Hargitay, who plays Captain Harris, chews the scenery as if he were in a cop show set in New York City instead of some European locale. It’s an odd choice but it really works and gives the scenes life, especially with the gravedigger, Lynch. As Baron Frankenstein Cotten shines and if he was slumming it in the production, it doesn’t show. The monster makeup could use some work as it looks decent in the night scenes but doesn’t quite have the effect it should in the daylight ones, during which most of his mayhem happens, unfortunately.

Still, altogether it is a fun romp through the Frankenstein mythos and a appreciated one at that.