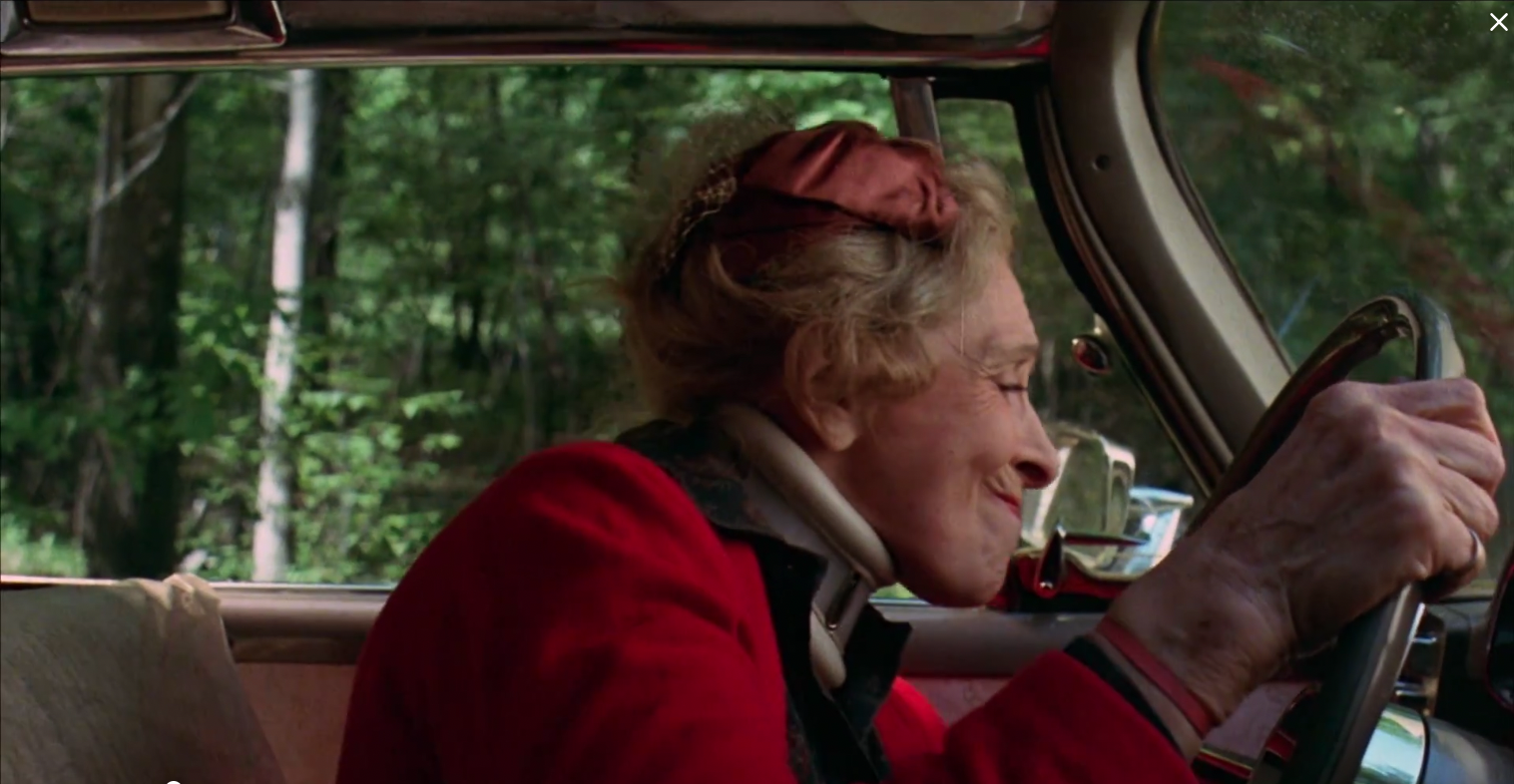 It’s that time of year again. That’s right, THE LAST DRIVE IN is back for another season and thus I’ll actually be watching a ton more horror movies than I usually get to thanks to the double feature. The first movie they showed was MOTHER’S DAY, which somehow as a fan of Troma releases (and seeing it on display at the video store I used to work at) I have somehow never seen in its entirety. It’s always nice when I get to view one of the features for the first time and this was no exception.

The movie opens at a seminar, after which an old woman gives a ride home to a young couple. The man and woman seem to have ill intent in their hearts but that matters little when the old woman’s car stalls and then two inbred murderers appear and kill the couple. They don’t kill the old woman because as you might have guessed, she is their mother and quite proud of her boys’ handiwork.

Meanwhile, three friends (Trina, Abbey and Jackie) are getting ready for their annual weekend trip. The destination is picked by one and a mystery to the other two until they get there. In this case, Jackie has picked the glorious woods of New Jersey, the Deep Barons (clearly a stand in for the Pine Barrens). On the drive there from NYC they stop by a general store where they are warned to stay out of the Deep Barons by the unhinged shopkeeper there. Unfortunately, they don’t heed that warning and continue on for their weekend of camping. Equally unfortunate is that the Deep Barons are the stomping ground of Mother and her boys and it doesn’t take long before the girls meet the men of their nightmares and their getaway is turned into a weekend of horror.

Directed by Charles Kaufman (brother of Troma co-founder Lloyd), MOTHER’S DAY is a rather unhinged and brutal delight. The murders and mayhem are bloody as fun as such things can be. However, since this falls into the rape/revenge category, be warned that there is one such scene of the former in the film that is rather unsettling. It’s also a bit of a contrast to the almost parody-like nature of some of the other scenes where we are intended to laugh at the violence.

In comparison to other films of the sub-genre, we get to spend a lot of time with the brothers and Mother, learning about them and almost getting to feel some empathy for them, deranged psychos though they may be. Most movies would make them crazy and just have them pop up when they needed to kill someone or be killed. Instead we get a look at their daily activities and even find them questioning if Mother is lying to them about her deformed sister Queenie as a ruse to get them to stay home with her. However, whatever pity we may have for them doesn’t stop us from rooting for their eventual comeuppance by the women they have tortured and tormented.

Overall, MOTHER’S DAY is a solid piece of 80s sleaze that is sure to please fans of the era who might not have seen it yet. It certainly has its fans, not doubt due to that low-budget Troma charm we love so well. Check it out.