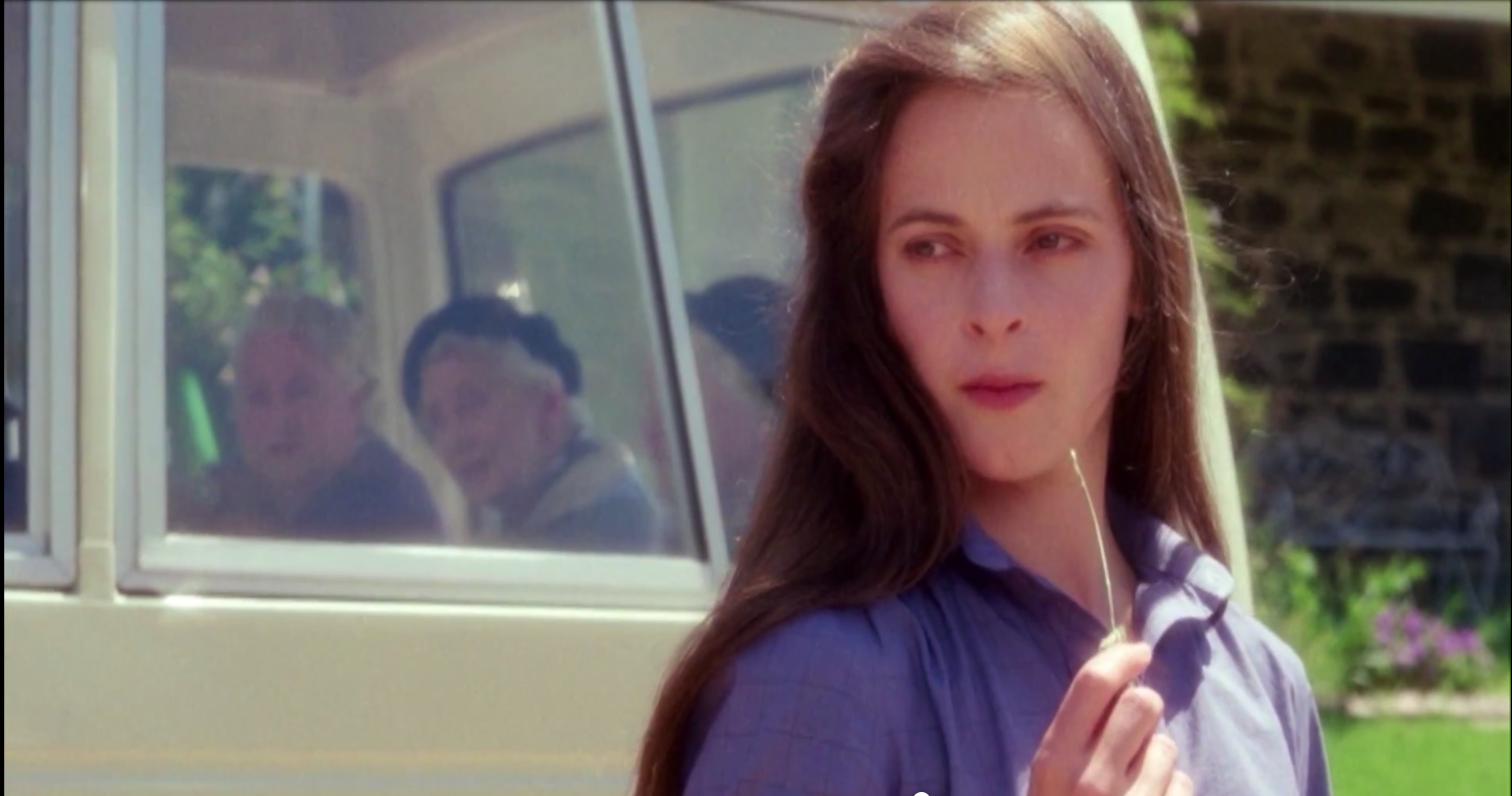 One of my favorite things about this day and age is how people are finding lost horror films and bringing them back into the public eye so that a new generation of fans can discover them. It’s especially nice when they show up with new physical media releases or via streaming so they can actually be seen without breaking the bank by picking up OOP versions. Today’s movie is such a film. It was filmed in Australia and completed and released briefly but due to the death of the producer and his company going under, it was lost for years. Now it is available and streaming on Shudder and we are all the better for it.

NEXT OF KIN follows Linda, a woman who inherits an estate that had been in her family for years upon her mother’s passing. However, Montclare isn’t just a mansion, it is a retirement home that is the current residence of quite a few characters. Linda decides to take over the management of the place instead of selling it. As she settles in, the home is plagued by a rash of strange deaths and occurrences that have Linda questioning her sanity and if her aunt Rita, previously thought dead, isn’t actually alive and responsible for them somehow. Or is it Connie, the longtime employee and Dr. Barton, the resident physician who are trying to make Linda break down for some unknown reason? The only way to know is to watch and find out.

Once compared by Quentin Tarantino himself to THE SHINING, NEXT OF KIN to me feels less like that and more like an Australian mash-up of Argento films. The use of color and the Goblin-esque soundtrack do little to dissuade that notion either. Linda’s plight feels much like one of Argento’s heroines, trying to figure out what is going on in a strange and remote location while weirdness like people following her in the woods or the water of a fountain turning blood red slowly grinds her down. The ending is particular reminiscent of them as the madness reaches its fever peak. Regardless of what influences may have affected director Tony Williams, the movie is a small masterpiece. The slow burn pace of it keeps you on edge and very invested in the goings on, and where other films might choose to reveal things quicker, Williams doesn’t mind letting us dangle on the line a bit longer before reeling us in and gutting us.

The cast is pretty damn good, though I found myself not knowing most of their background or prior work. The only one I did know was John Jarrett as the love-interest Barney, who had a newfound following thanks to the WOLF CREEK series of movies and the TV show. Jacki Kerin as Linda is damn amazing though and if the film had a wider release, I wouldn’t have been surprised if she became a bigger name. For a film that is basically 90% of her reacting to strange things going on, she has to sell quite a bit of emotion and does it with aplomb. It really is amazing how she becomes progressively more unhinged as the movie goes on and has you wondering if everything isn’t in her head after all.

If you haven’t had the chance to see this one before, and I reckon you haven’t, NEXT OF KIN is well worth tracking down so you too can discover a wonderful Australian gem of a horror film.