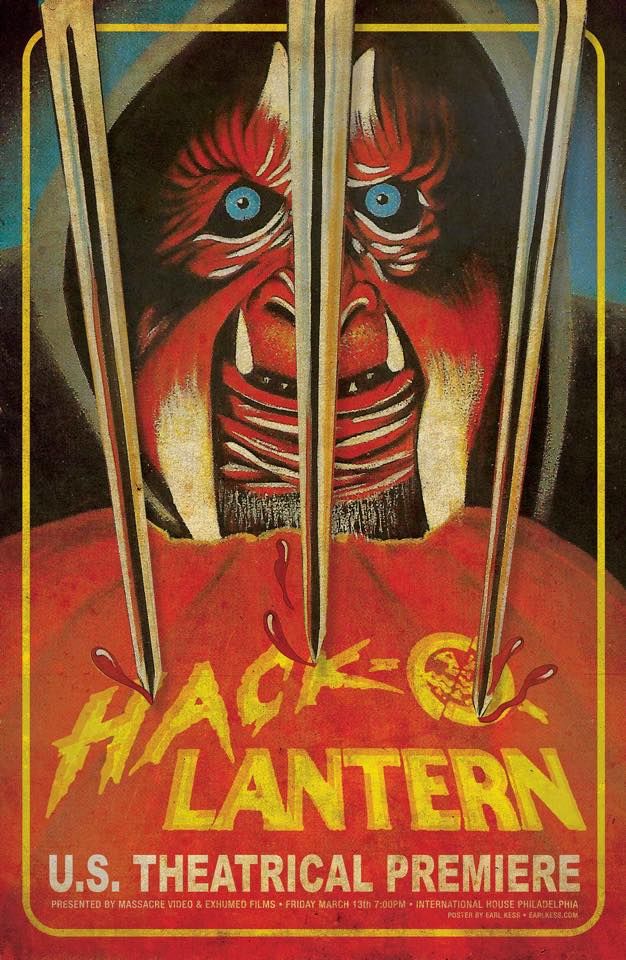 It’s been a Halloween filled with Satanic movies. I didn’t plan it this way. It just happened. The latest of the bunch is HACK-O-LANTERN, an oddity from the late 80s. It revolves around a boy named Tommy who is destined to become the resurrect the devil. At least that is what his Satan worshipping grandfather (who is also actually his father) believes. His parents are understandably not too keen on that but when his father goes to intervene, disrupting a Satanic ceremony in the process, the grandfather and the cultists have no other option but to kill him.

Fast forward a bunch of years and Tommy is in his 20s, moody and likes to listen to his walkman and imagine himself playing in the band D.C. Lacroix. He’s also pretty keen on his girlfriend and helping his grandfather do Satan’s bidding. His mother is understandably worried about him but his sister and brother are just looking forward to the Halloween party that night. To top it all off, there is a masked killer who wears the robes of the cultists and is offing the family friends. Is it actually a cultist or something more sinister.

From that brief description, it sounds like it would be a blast. Sadly, this inept mess never really rises to the promise of such a concept. Or even rises to a level of coherence or excitement. There are some decent kill scenes but the hammy acting never really sells them. There’s some assorted goofiness like the music video Tommy imagines himself in, a stripper, a snake dancer and a random stand-up comic, but it just adds to the confusion rather than make it fun. The most energy the movie has is during the beginning, but it doesn’t keep up with that level of weirdness and becomes rather rote.

Hy Pyke as the grandfather is doing his best to elevate the role and honestly he might be the only saving grace of it as a pumpkin selling Satanic high priest. The mask used has a uniqued design too but we see too little of it and the slasher plot plays second fiddle to Tommy’s tale.

Some people seem to love it though so if you think it is your bag, give it a shot. I watched it on Joe Bob’s Halloween Hideaway and his breaks were the most interesting part of the movie and honestly, there are better examples of middling late-80s horror to spend ones time on instead.