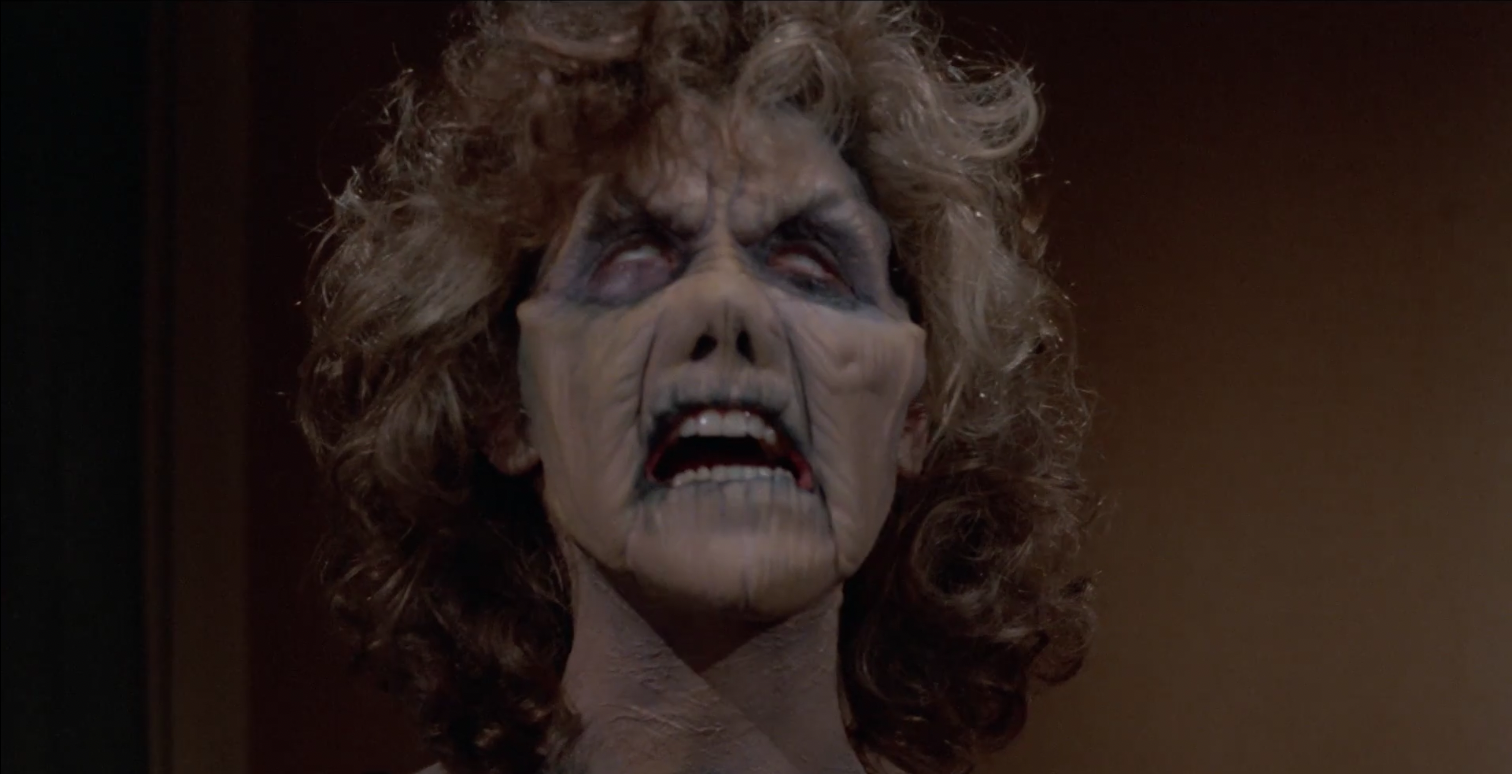 One summer in the late 90s, I got a job at the local video store working nights. I could have worked any time but they needed someone for nights and I was always up late so it was a good fit. Most days we closed at 10pm. However, on Friday and Saturday, we closed at midnight, most likely to try and compete with Blockbuster that was open until midnight every night. Unfortunately for the store, we didn’t get much foot traffic in those two extra hours save for the occasional Foodtown employee just getting out of work or couples coming from a late dinner at the Four Winds restaurant around the corner and looking for a way to spend the rest of their night. As you can imagine, no customers made those last two hours drag by rather slowly. Especially since I worked that shift alone, which wasn’t creepy at all.

It was really nice for watching whatever the hell I wanted, though.

You see, most of the time we were told by the owners to play whatever hot new releases were out at the time to try and drive up interest in the rentals. Which was well and good but by the end of the night, we were rather tired of the same pool of movies that we had already been playing all week. Since the bosses stopped coming in around seven or eight, we could switch it up a little but had to stay PG for the most part. As such, when ten o’clock rolled around, I was ready for something with a little more blood. So I would ramble my way on over to the horror section and pick out something that sounded promising that I had read about in Fangoria or in Creature Features to expand my horizons.

Some of them were good. Some of them were bad. All of them were better than watching FOR RICHER OR POORER for the umpteenth time. But that is how I first laid eyes on SPOOKIES. It was the cover that did it, that beautiful, beautiful painted cover by Richard Corben, which is honestly way better than the movie deserves. That’s not to say that SPOOKIES is terrible, but it is certainly unique in its charms. Some might appreciate them more than others, and I definitely fall into the former camp.

SPOOKIES is a bit of an oddity, which in no small part is due to the fact it is two movies combined into one. Unlike NIGHT TRAIN TO TERROR, both of these movies were actually filmed at the same location. The first movie, TWISTED SOULS, features one set of characters who are looking for a party and end up at the Jay Estate and end up encountering monsters. Due to some creative differences, the producer took the unfinished film and had another director film new parts involving a boy looking for a birthday party, a warlock and his captive undead bride, a were-cat, zombies, and a kid who looks like he’s cosplaying as the dwarves from PHANTASM.

The movie starts with the birthday boy running away from home where he encounters a drifter on a tree before heading to the creepy mansion. Then we join the group of teens and their one older friend who are looking for a party but are also completely lost. They find the mansion and figure it is a good place to hole up. Unbeknownst to them, a warlock lives in the attic and needs the life force of the interlopers to keep his bride alive, so he possesses one via Ouija board and then sends all sorts of monsters after them. Can the teenagers survive this onslaught of evil? Will the boy ever find his birthday party? You can only find out by watching SPOOKIES.

Admittedly, SPOOKIES is a confusing movie. The parts work well on their own but the various plot lines never come together, with the teenagers never even aware of the warlock’s presence and thus can never have a showdown with him so he can get his comeuppance, or at the very least know who is responsible for all of the hell they are being put through. It is easy enough to follow but the choice to combine the two don’t quite give us the motivation we need for the antagonists and protagonists to get us fully invested in it. So what do we root for then?

Why, some pretty amazing special effects, of course.

What SPOOKIES lacks in coherence it makes up for in monsters. It feels like every five minutes we are having a new creature thrown at the teenagers in the hopes of whittling down their numbers. The warlock summons muck monsters, zombies, Ouija witches, were-cats, a spider-woman and even the Grim Reaper himself into the mansion to murder people and they look damn good. Does them being there make a lick of sense? Not really. But when the effects look this good, we can set those concerns aside for the time being.

Despite the lack a real plot, SPOOKIES does end up being rather entertaining. It’s goofy, it’s bloody and most of all, it is fun. The same elements that make it a mess also give it a strangely enjoyable vibe that keep you watching to see what else the movie will throw at you. The cast is game for the insanity and does what they can with the script they were given, with characters ranging from comic relief to 80s punk wannabe to uptight British debutante. Why are they all together to party? We may never know but at least their deaths are damn entertaining.

If you’re a fan of goofy 80s horror movies that have a lot more in style than they do in substance (or plot), give SPOOKIES a look. You won’t be disappointed.