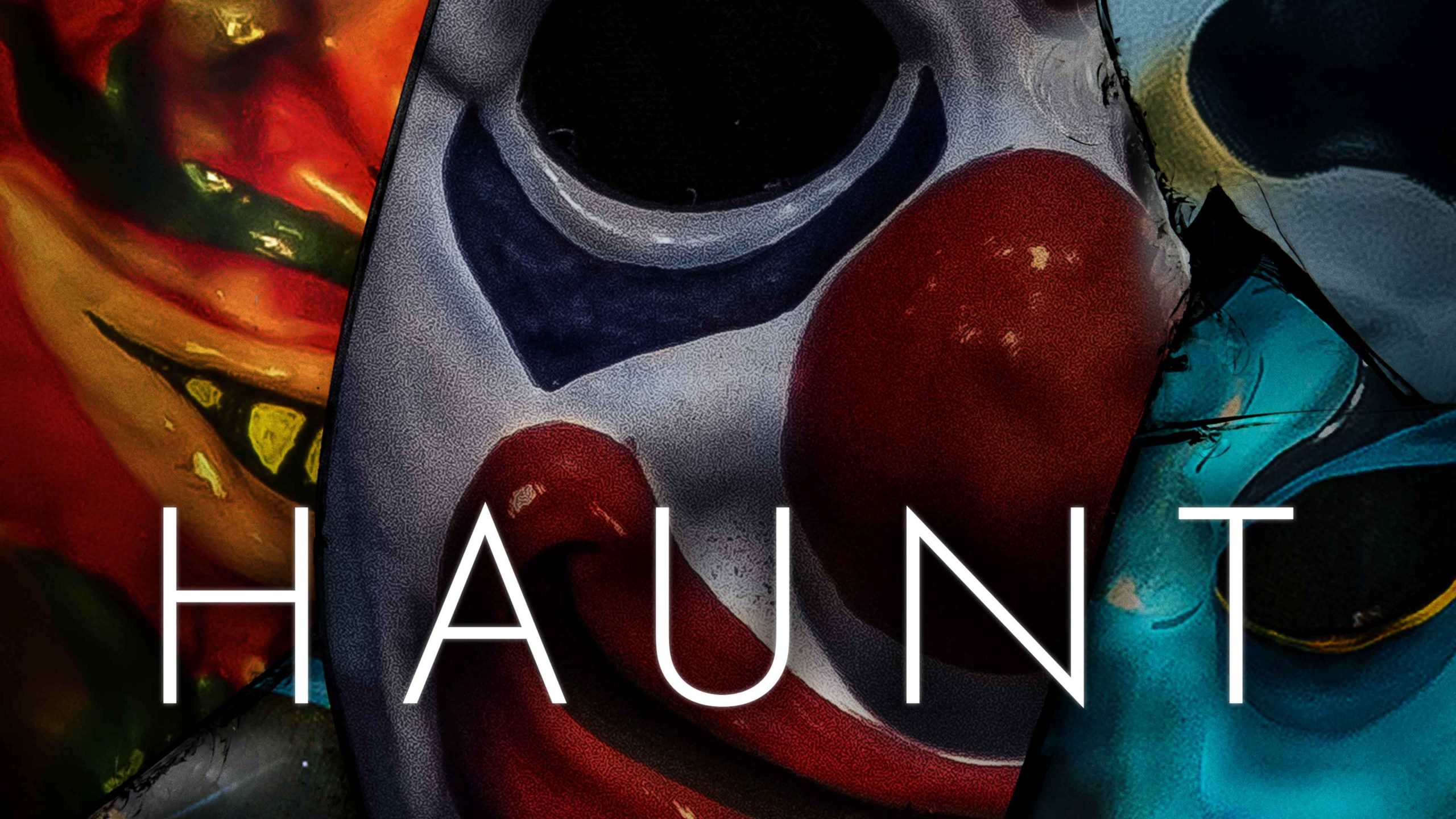 Haunted houses or haunts have been a staple of the Halloween season for many a year now. Some are so famous that people come from all around to line up and experience their terror. Others have a small and reliable following for their smaller fanbase. They range from huge productions that take up entire prisons to smaller ones run by fraternities or the local recreation department. The quality varies depending on the amount of love and work (not to mention budget) that goes into them but they are all usually good for a fun time. I myself ended up working at a haunt during one Halloween in college and the people there were nice and friendly and totally devoted to giving people a good scare.

In other words, they were almost nothing like the people in tonight’s movie, except for the scaring part.

HAUNT takes place on Halloween night where, after going to a party, a group of college students finds themselves at a haunted house attraction. Upon entering, they are required to sign waivers and give up their cell phones. Always a sign of a good time. It isn’t too long after entering that they begin to suspect that the scares in this particular haunt are of the lethal variety and they soon find themselves in a fight for their very lives against the masked operators of the attraction.

With a simple but effective premise, HAUNT delivers on the scares while giving us some characters to root for even as they are being picked off one by one. The lead girl, Harper (Katie Stevens) is trying to get out of an abusive relationship and thinks her ex might be stalking her, which is how they end up in the haunt in the first place. It adds a secondary threat to the matter as well as the ex himself really is trying to find her and it is only a matter of time before his crazy ass finds her.

The villains have a really cool look to them as well. The masks are fairly unique and sinister, but not so much that it would keep you away from the place. At least until you see what is underneath them. I enjoyed how the haunt itself was set up, utilizing an old dairy quite well. The various rooms offer some scares but most of them are of the non-lethal variety, depending what side of them you are on. For the most part, it could just be an elaborate set-up made by people with way too much time on their hands as opposed to something that Jigsaw would set up. Which makes more sense as it could bring in revenue then instead of just being a full-time murder house that would have been questioning it.

It is a fun time and would pair well with SCARY MOVIE, as both feature haunts but the threats are wildly different between the two. Writers and directors Scott Beck and Bryan Woods (writers of A QUIET PLACE) really knocked it out of the park on this one and have given the Halloween season another film for people to add to their must-see Halloween movies.