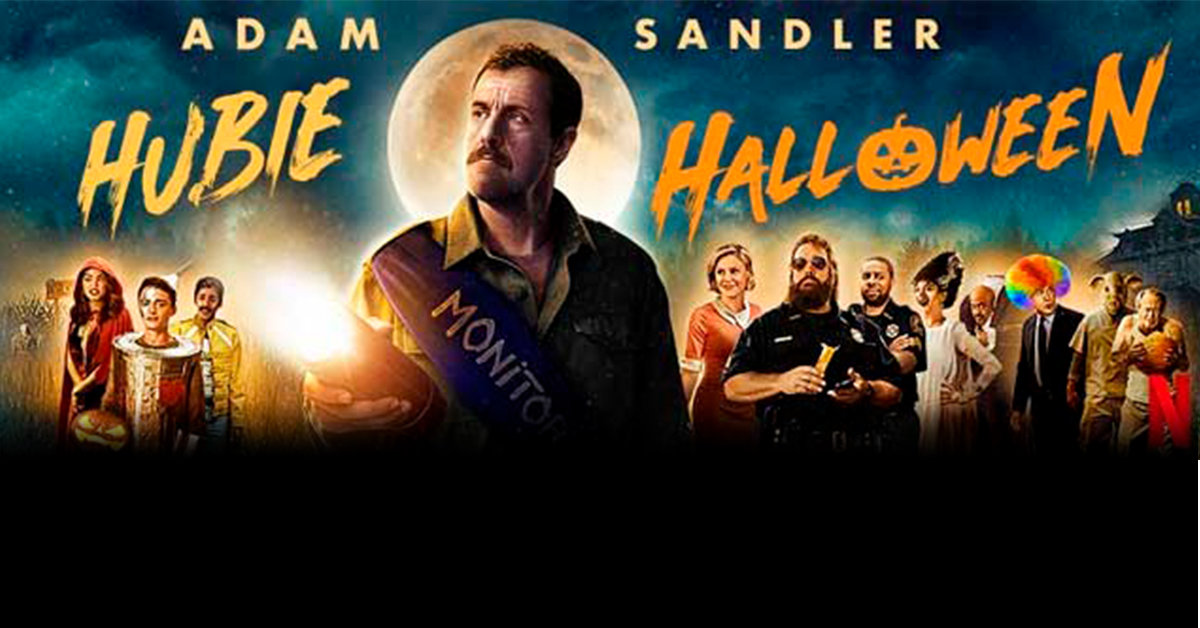 Since it is the spooky season, I do try to find horror and seasonal movies that the family will watch with me. Sometimes that can be a tall order as we have either seen them before or it is DTV dreck. It is always nice to find a new one that manages to not be a waste of time and is also entertaining to boot. Since HUBIE HALLOWEEN dropped this week and had some decent reviews, we decided to give it a shot.

If you haven’t heard of it, the movie is Adam Sandler’s latest flick and came out on Netflix on October 7th. Sandler stars as Hubie, a bit of a man-child who is scared easily, mocked by just about everyone in the town, and absolutely loves Halloween. It starts out as what should be just another Halloween in Salem, MA. Things take a turn for the weird when an inmate at the nearby psychiatric hospital escapes and a strange new neighbor moves in next door. When people start disappearing, the authorities and Hubie (Halloween Safety Monitor) don’t know if it is due to the escaped mental patient, a possible werewolf or something else more sinister. Hubie has to find out if he wants to save his town and maybe have a chance at a date with the Violet (Julie Bowen), the woman of his dreams.

The movie won’t be breaking any new ground in the horror movie genre but it is a fun romp, featuring a slew of faces from Sandler’s days at SNL and his movie regulars as well. Which is good because they are all pretty funny and help the comedy bits land. It does feel a bit mean-spirited as everyone seems to hate on Hubie despite him being a pretty nice guy, if not a bit eccentric. But that is part of the fun as we aren’t necessarily laughing at the abuse he suffers but how he rises above it and the ludicrousness of it all. For example, Hubie gets things thrown at him so much he operates on an almost Ultra Instinct level and dodges things with ease and takes it all in stride.

The scares are of the jump variety but HUBIE HALLOWEEN is more interested in making you laugh, be it from the ridiculous and inappropriate shirts his mother wears or the Swiss Army thermos he carries by his side. And for the most part, it succeeds. I’m not really a fan of the voice Sandler uses for Hubie as it is kind of hard to understand but that is a minor enough quibble once you get used to it.

It might not make anyone’s top 10 lists for the year but it is worth seeing if you have any love for Halloween or are a fan of Sandler’s films. Indeed, we had just watched HAPPY GILMORE recently and it was fun seeing a mini reunion what with Bowen and also Ben Stiller in the movie right off the bat.