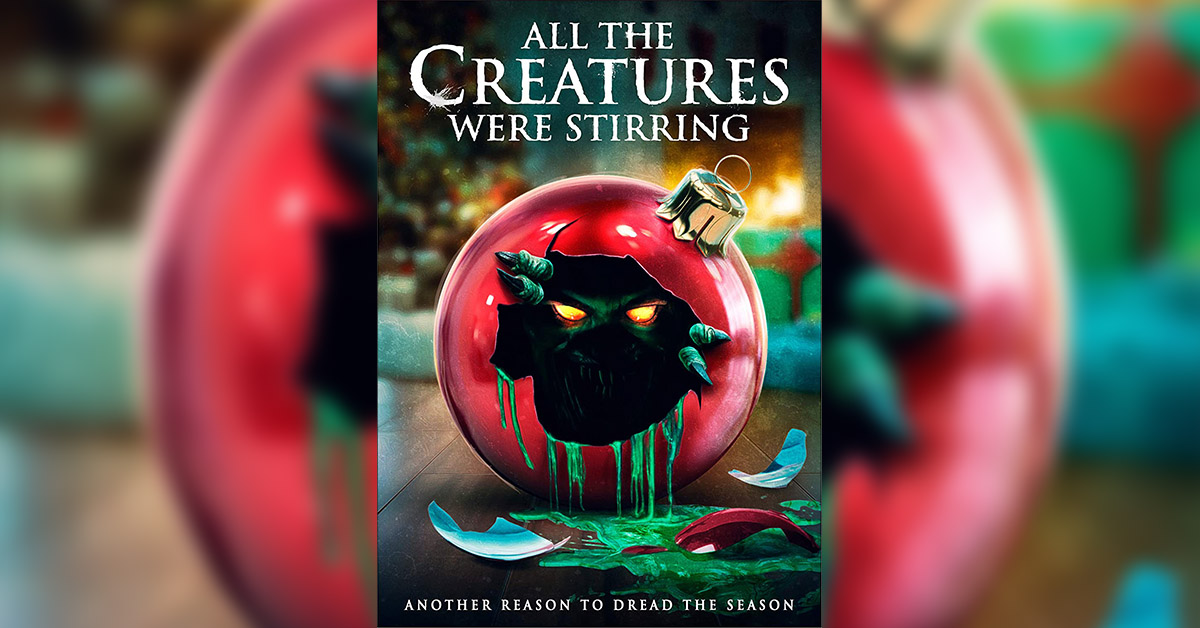 I’ve said it before and I’ll say it again. Anthology films are a mixed back. Sometimes they fire on all cylinders and there isn’t a clunker in the bunch, other times you get one or two you’d gladly skip over on a rewatch as they just weren’t good. It’s rare that the bad outweigh the good (CREEPSHOW 3 says hi), but sadly that is the case with ALL THE CREATURES WERE STIRRING. I had some hopes going in to this one as writers/directors David Ian McKendry & Rebekah McKendry know their stuff and made some fun short films. Sadly that doesn’t translate over into their first feature film.

The wraparound tale features two people meeting for a date on Christmas Eve at the performance of a minimalist play entitled “All the Creatures Were Stirring”. Each segment of the play kicks off the corresponding segment in the film, transitioning from the play to the actual location. One is at an office gift exchange, another is in a parking lot on Xmas Eve, another is a modern retelling of “A Christmas Carol” and so on. At the end of each, we go back to the theater to check in on the man and the woman, the former of which is getting strange phone calls and might be hiding a secret.

My main issue with the film is that it feels rather half-baked. There is potential in many of the segments but just when things are getting good, the movie decides to punt and end them right there. The only one that feels complete at all is “In a Twinkling” which is less horror and more sci-fi/comedy (and offers a fun misdirection in the beginning). “The Stockings Were Hung” feels like it could have been a standout, what with a Jigsaw-esque setup that makes opening gifts into a game of Russian roulette. However it cuts away before any payoff and leaves you feeling shortchanged. Sadly that continues for the majority of the segments and one wonders if they cut a few out to give the others time to breathe if it wouldn’t be a more satisfying collection. Even the conclusion to the wraparound is a whiff, never answering any questions as to what is up with the man (or what he is) and not providing any scares. The premise of it shows promise, but the script could have used another few revisions to flesh out those ideas and turn them make the legitimately scary and fun.

It feels such a shame that they wasted a fun cast. Chase Williamson, Jocelin Donahue and Constance Wu are among the familiar faces in the movie and do the best they can (though to be fair, Williamson is there as a misdirection in itself and is part of a great set-piece in a lackluster segment) but a little more meat on the roles and they really could have shined.

The practical effects are done nicely and provide some good gore and makeup for the low budget. Sadly, that isn’t enough to make me recommend it on that alone.

If you are looking for an anthology for Christmas as TRICK ‘R TREAT is to Halloween, you’ll have to keep on looking, as this one never lives up to its potential.